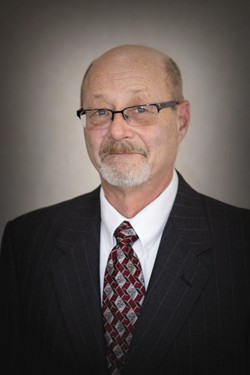 BIOGRAPHY
A water chemistry expert with more than 35 years of experience, Edward Robakowski is an authority in diagnosing water problems. He is a Board Certified Environmental Scientist - Specialty Environmental Chemistry. In his current duties, Robakowski is involved in overseeing advanced research studies, acting as a technical consultant for water-related investigations, serving as the Corporate Intellectual Property Manager and as the company’s representative in International Standards Organizations. He also acts as the Senior Water Treatment Plant Operator.

In 1986, he joined Kinetico as a Research Scientist before serving as Laboratory Manager for twenty years. As the Manager of Kinetico’s analytical and applications laboratory, Robakowski oversaw the facility where water samples from various industries, consumers and municipalities are tested and monitored for problem resolution.

In 1982, Robakowski began his scientific career with the Mogul Corporation, which supplied chemical water treatment products and environmental services to the boiler, cooling tower and waste water markets. He began as an Environmental Chemist before progressing to the position of Research Chemist, where his primary focus was on formulating and performance-testing of new chemical treatment products for scale control and corrosion inhibition on industrial cooling towers.

FOR MORE INFORMATION Contact Kinetico at 440-564-9111 or media@kinetico.com to schedule an interview or obtain background information.